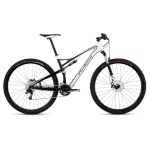 speedy_daz wrote:
Hopefuly the weather will be on our side open to suggestions but looking to do this route on the Saturday, so we can get a bit more than a trail centre bit more road than I would like (some of you will feel at home

Forecast is saying rain for Saturday!

and you were expecting what type of weather in Wales..... its also the day that Wales wins the Grand Slam in rugby..... so its bound to rain!

Although in the defence of Wales I have spent plenty of days in the Sun there.

Weather looking a little better for Saturday now, only one spot of rain on the forcast

) Just want to mix things up a bit

Meet at 10.30 in Llandrillo in the car park by the river, please pump your tyres up and fix your bike before you arrive

Although there is a pub half way

Great first weekend away of the year.

Thanks to everyone who came along. Gilly for organising and still sorting. Speedy for leading the epic bike/yomp on Saturday, certainly one to remember. Sunday's Degla ride was as good as ever.

Good to meet up with some of the locals again (no sheep jokes please).

I'm never good at writing reports but the home page is looking a bit out of date! it looks like we never ride as a club but I promise that we do, every Sunday in fact!

Cyclone's first trip away of 2012 saw members heading to North Wales for the weekend . Some arrived a bit late and missed the Saturday beasting due to a mishap on the M6 but thankfully there were no injuries other than to Jason's van and they arrived on Saturday evening for Sunday's ride.


Saturday The Wayfarer and Berwyn's

We all set out on a route from Llandrillo that I done a few years ago with some guys from mtbbritain. Weather was looking ok ish showers were forecast but it was sunny when we set out on the first climb.
It was quite a slow and steady affair a few gates to open and bit that were too steep for us southern softies to ride up at well
Gilly was still new to being clipped in and was struggling abit so ! had to act like a bit of blacksmith at one point and move the cleats back on her shoes, the walker that went passed gave us a funny look ( she kept her shoes on ! )
A few showers passed the coats went on, came off, it got cold it got warm typical welsh weather!
We finally arrived at the top to the memorial plate and everyone signed the book that it kept there in a large metal box.
Down hill at last ! Most of us found it great fun on the rocky bumpy trail down, Gilly was still struggling with being clipped in but luckily just happened to have a pair of flat pedals in her bag (Sure there should be a joke about women's hand bags here)
Pedals changed we were all happy and going down hill fast

Quite a lot of the trail is quite damaged now by the amount on motorbikes that use it I did test one of the puddles I dunked my bike it was over the wheels and still not touching bottom. I hope hope hubs and bottom bracket bearing seals are as good as they say they are.
We were soon on over half way and on the linking road section quite a few more hills on the road section that I remember we caught up quite a bit of lost time though without having to go too mad.
We were now back off road and had a bit of a rest before tackling the last hill.
What a killer it was I can remember it being a bit of a push, It was a mega push and carry. I struggled and I know I'm a little fitter than a few of the people I had dragged out into the back of beyond. I got to the top eventual left bike and walked back down to help a few others out with getting up the hill/ mountain.
We made it! to the top almost all down hill from here we headed across the top along the bridleway but it was quite hard going as it had been ripped to pieces in places by motorbikes. Someone did say about putting up a gun placement to shoot them as they came up the hill most thought this was a very good idea.
Finally gravity took over properly just as the weather turned a bit of rain, sleet and hail it was dam cold! what ever was falling out of the sky it was a straight dash to some of the original climb now so a few made a bit of a dash for it as cold was setting in. Respect was needed as a lot was on wet grass and rocky paths. The weather improved the lower we got and it was sunny again the time we reached the car park.
A very tough ride ! very character building as Caroline put it Thanks for no one throwing their toys out the pram ( a couple of times I though people were going to miss out on the toys and just throw the whole pram )

We all arrived back at the hostel in Llangollen to be met by Jason and Phil who had the bad luck of a blow out on Jason's van on the M6 Friday evening. Very good to see them safe, Jason informed me parking with a wheel on top of the crash barrier on the hard shoulder isn't recommended.

We all met up before going out for dinner in the lounge at the hostel where they had a guitar a piano and didgeridoo which had a few giggles going on, Phil was quite handy with the didgeridoo.
We all had a very nice and very reasonably priced meal at the Dee side bistro with proper sized portions too. A few more drinks and a chat back at the hostel it was time to retire for the night the stairs did feel a bit on the painful side to most after the days ride.

Llandegla was the plan for today after the previous days out in the wilds natural ride.
Looking out the window into the rain it was possible to seen where it had snowed up high not good.
After breakfast things got a bit brighter and the sun even started to show its face by the time we had driven to Llandgela it was bright and sunny bit still a bit chilly
I had a confession I did arrive a bit before the others a llandegla and had one of their very nice bacon rolls.
The trails at Llandegla had a bit of an upgrade before Christmas making things a lot more fun, with more climbing of course.
We split into two groups today as some didn't fancy the extra climbing of doing all the black sections. Myself, Jason and Phil done the black route I have ridden it quite a bit as I'm lucky enough to have family living only 20 mins but still find it great fun though lots of jumpy swoopy bits of trail with table tops and double to roll or jump if you dare. Lots of shouting and squealing like a girl from Jason and Phil at times too. Jason cleared his first table top which made him quite happy.
It had turned into a wonderful day the sun was really bright but with a bit of a nip in the air to stop you getting too hot. The trails were a bit wet still but you can't have everything this is Wales !

phil
XTR and a pair of Crossmax SLR's